“Indeed, We have sent it down as an Arabic Qur’an.”

The Qur’an was sent down in Arabic language, it is a miracle in its wording and its meaning; if it is changed, this is no longer the case, and it is no longer Qur’an but an interpretation (Tafseer).

Since it is not permissible to read the Holy Qur’an in any language other than Arabic (according to majority of the Scholars), the Qur’an Transliteration online slides Project is specifically designed for non-Arab speakers who want to pronounce the Qur’an ayahs properly in Arabic and in the same way they have been revealed to our Holy Prophet (peace and belssings of Allah be upon him) through the angel Jibreel (peace be upon him).

The slides will also assist those who do not have the chance to meet a Sheikh or Qari in their local area, by assisting them to understand this sacred knowledge of reciting the Holy Qur’an with applying Tajweed Rules.

This project is generally represented by animated visual slides showing the Qur’an Ayahs & the English translation of them (interpretation of meaning), followed by the transliteration of those Ayahs using synonymous simple English letters and symbols.

The audio playback of these Ayahs for the Qur’an Qari (Reader) is also supported in order to ensure the correct pronunciation.

What to do first?

The First need to be done is to learn the correct pronunciation of the Arabic Alphabet and its vowels, and try to know exactly the points of articulation (Makharij) of the letters as far as you could.

With regard to the Basic Tajweed rules which are provided and indicated in different colored signs located in the lower screen of the slides, I have prepared a thirty minutes overview video of the most important Tajweed Rules and how to apply them.

The Arabic Alphabet & the Basic Tajweed Rules Overview video links can be found below this section.

You can also visit the Learn Tajweed Page for detailed Tajweed rules lessons, trying to concentrate on Tajweed Rules for Hafs ‘an ‘Aasim [The Way of Ash-Shaatibiyyah]. Since this way of reading the Holy Qur’an is the most common one.

once you are ready, you need to concentrate on the shown transliteration letters, the indicated Tajweed rules and the audio playback simultaneously, and try to imitate the Qari’s recitation as far as you could.

You just have to make a sincere intention, and turn to almighty Allah asking Him help, then insha’ Allah you will improve your recitation skills.

May Allah make us among those who recite His book with its true recital. 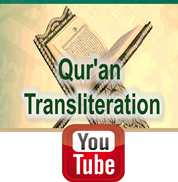 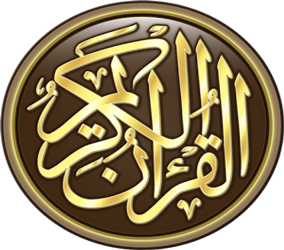