“A Book whose verses have been detailed, an Arabic Qur’an for a people who know.”

Virtue of teaching and learning Arabic

To highlight the virtue of the Arabic language it is sufficient to note that it is the language of the Holy Qur’aan, the eternal miracle, which was revealed to be a way of life for mankind until the Hour begins. Allah, may He be glorified and exalted, chose the Arabic language to be the vessel which would carry this light and guidance to mankind.

Many of the early Scholars, from the Companions of Allaah’s Messenger (peace and blessings of Allah be upon him) and after them stressed the importance of learning Arabic. Umar bin al-Khattaab (may Allah be pleased with him) said:
“Learn the Arabic (language) because it is from your religion, and learn the laws of inheritance because it is from your religion.” [Ibn Abee Shaybah]

Shaykh al-Islam Ibn Taymiyah (may Allah have mercy on him) said:
“The Arabic language is the symbol of Islam and its people.” [Iqtida’ Al-Siraat Al-Mustaqeem]

With regard to the Ruling of learning Arabic for non-Arabs, Shaykh ‘Abd-Allaah ibn Jibreen said:
“They have to learn as much as they need for Islamic purposes, how to pronounce the words and what they mean, such as the Takbeer, al-Faatihah and al-Tasbeehaat – those that are obligatory in the prayer and for other duties.” 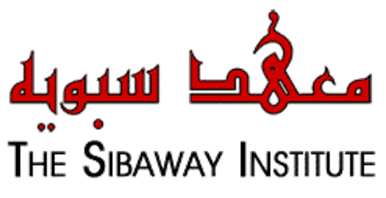 The Sibaway Institute is the product of extensive research and a desire to provide a platform for the seekers of knowledge from any part of the world to learn the Arabic language and understand Quran, which is the pinnacle of linguistic excellence and a miracle from Allah (Exalted in might).

Ustadh Nabeel AlKhalidy, who has been a student of Arabic language for over 13 years, is the co-founder and director of the Sibaway Institute. His love for the Arabic language and his desire to enable anyone from anywhere learn the Language of Quran, made Ustadh Nabeel to envision a place of learning using the medium of internet which would cater to the needs of Students of Arabic and the beginners alike. This led to the launch of the Sibaway Institute in the year 2009.

Alhamdulillaah, The Sibway Institute have now become the forerunners in teaching classical Arabic. Since their aim is to provide this education to students from all over the world with different financial capabilities, their courses are reasonably priced.

The Sibaway Institute has a comprehensive curriculum which is one of its kind that helps the students to advance quickly in their understanding of the Arabic Language. The Sibaway team takes great measures to provide professional and quality service, dedicated academic support and excellent education to the students. they have a variety of programs and study options for the students to choose from. 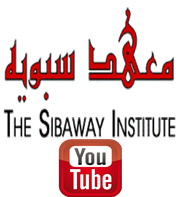