“So remember Me; I will remember you. And be grateful to Me and do not deny Me.” 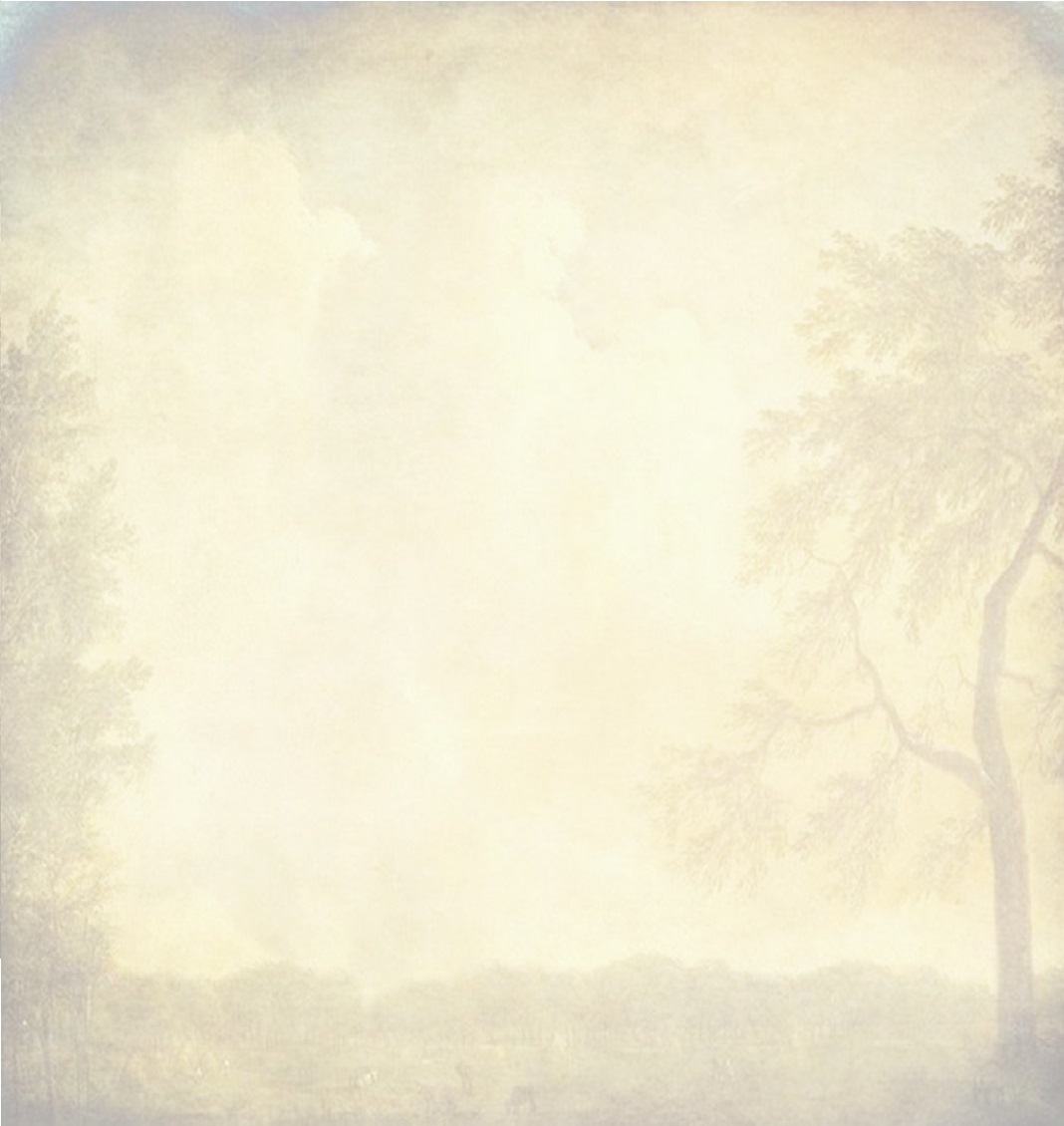 And the Prophet (blessings and peace of Allah be upon him) said:
“The Dua’ (supplication) is the worship.” (AL-Tirmidhi)

May Allah make us from among the people who remember Him much.
And may Allah provide us with the best of supplication.

Note: This Fatwas section is collapsible (click on -/+ to collapse/expand).

A Muslim should differentiate between two types of Athkar & Dua’s (supplications):

The first type are restricted, by which we mean that they are connected to a certain time or place or act of worship, or that Islam specifies a certain number or virtue and similar restrictions, such as the supplications that are narrated at the beginning of prayer, the adhkaar of morning and evening, the du’aa’s for sleeping, eating and so on.

In this type of supplication it is essential to limit it to that which is narrated in sharee’ah, without adding or subtracting anything. It is not permissible to make up any kind of supplication to take the place of that which is narrated in the Sunnah.
These Athkar/suplications do not include sending blessings upon the Prophet (peace and blessings of Allaah be upon him), except in a few reported cases such as the du’aa’ for entering the mosque and the du’aa’ after the Adhaan.

The second type are General Supplications, which means asking Allah for needs both public and private, turning to Him and asking Him for what one needs and wants, such as supplication whilst prostrating, during the last third of the night and on the day of ‘Arafah and so on.

With regard to this kind of supplications, it is not essential that they are proven or narrated [in the texts], rather it is sufficient for the words of these supplications to be words that are acceptable and correct according to sharee’ah. There should be no transgression or overstepping the mark in supplication, and there should be no supplication that involves sin or severing the ties of kinship.

2) Is it permissible for non-Arab to recite Athkar and Dua’ (supplication) in a language other than Arabic?

If the non-Arab wants to recite Athkar which are in the form of Qu’anic verses (like Ayah Al-Kursi in morning/evening), then the majority of Scholars say that it is NOT permissible to read it in any language other than Arabic.
Because the Qur’an is a miracle in its wording and its meaning; if it is changed, this is no longer the case, and it is no longer Qur’an but an interpretation (tafseer).

With regard to Du’aa’, it is permissible to make it in Arabic and in languages other than Arabic. Allaah knows the intention of the supplicant and what he wants, no matter what language he speaks, because He hears all the voices in all different languages, asking for all kinds of needs.
But people should keen to make du’aa’ by reciting the prescribed du’aa’s that are mentioned in the Qur’aan and Sunnah, because these are undoubtedly virtuous and good, and this is the straight path. The scholars of Islam and the imams have mentioned the du’aa’s that are prescribed in Islam, and turned away from the innovated du’aa’s, so we should follow them in that.

3) Is it essential to move the tongue when reciting Qur’an and dhikr?

Shaykh Ibn Uthaymeen (may Allah have mercy upon him) said: “Recitation must be done with the tongue. If a person recites it in his heart when he is praying, that is not sufficient. The same applies to all other adhkaar; it is not sufficient to recite them in one’s heart, rather it is essential to move one’s tongue and lips, because they are words to be spoken, and that can only be achieved by moving the tongue and the lips.” [Majmoo’ Fataawa Ibn ‘Uthaymeen]

4) Athkar of Morning and Evening

The scholars differed to the exact start and end of the time in the morning and the evening.

It is not prescribed to raise the hands when reciting the adhkaar of morning and evening, or when reciting adhkaar following the prescribed prayers, because there is no evidence that doing so is mustahabb (desirable).
But if a person raises his hands in some places sometimes, there is nothing wrong with that insha’ Allaah.

The etiquette of du’aa’ (supplicaton):

1- The one who is making du’aa’ should believe in Tawheed with regard to the divinity, Lordship, names and attributes of Allaah.
2- Sincerity towards Allaah alone in making du’aa’.
3- Asking of Allaah by His most beautiful names.
4- Praising Allaah as He deserves before we call upon Him.
5- Sending blessings upon the Prophet (peace and blessings of Allaah be upon him).
6- Facing towards the qiblah.
7- Raising the hands.
8- Having certain faith that Allaah will respond, and focusing with proper presence of mind.
9- Asking frequently.
10- being firm in du’aa’.
11- Beseeching, humility, hope and fear.
12- Saying du’aa’s three times.
13- Ensuring that one’s food and clothing are good (i.e., halaal).
14- Saying du’aa’ silently and not out loud.

Offering du‘aa’ with the congregation (in the sense that one of them offers du‘aa’ and the rest say Ameen) is either proven in the Sunnah, as in the case of istisqa’ (prayer for rain) and du‘aa’ al-qunoot, which is undoubtedly prescribed.
Or it is done in situations for which there is no proof in the Sunnah, such as following the five daily prayers, immediately after burying the deceased, in ‘Arafah, and so on. In this case, there is nothing wrong with it if it is done occasionally, but if it becomes a custom that is done regularly, then it is a bid‘ah (innovation).

Al-Haafiz ibn Hajar (may Allaah have mercy on him) summed up the conditions for it to be permissible to act upon a weak hadeeth, which are as follows:

1- It should not be very weak, and one should not act upon a hadeeth which was narrated only by one of the liars or those who are accused of lying, or whose mistakes are serious.
2- It should mention a good deed for which there is a basis in sharee’ah.
3- When acting upon it one should not believe that the action is well-founded, rather he should do it on the basis of erring on the side of caution.

But afterall the Muslim must strive to find out which ahaadeeth are sound (saheeh) and which are weak (da’eef), and be content to act on the basis of the sound reports.

7) The correct way to perform Ruqyah for a small child

Ruqya is done for small children in order to protect them.

The Sunnah indicates that the correct way to perform it is to recite al-Mu‘awwidhatayn (the last two soorahs of the Qur’an) over them and to wipe their bodies whilst reciting. And to say A‘oodhu bi kalimaat Illaahi’t-taammah min kulli shaytaanin wa haammah wa min kulli ‘aynin laammah (I seek refuge in the perfect words of Allaah from every devil and every vermin, and from every bad eye)”.

It can be also done by reciting al-Mu‘awwidhatayn into one’s hands and blow in them, spitting lightly, then wipe them over whatever of their body one can reach, or to recite them into water and wipe them or wash them with it.

The Sunnah indicates that it is recommended for the Muslim to recite certain verses when he goes to bed.
Among the soorahs and verses which we are recommended to recite are the following:

It was narrated that ‘Abdullah ibn ‘Amr said:
“I saw the Messenger of Allah (blessings and peace of Allah be upon him) counting tasbih on His right hand’s fingers.” [Al-Albani : Sahih]

The scholars stipulated that it is desirable (mustahabb) to count dhikr using the right hand’s fingers.

Following are some few tips to ensure the correct counts of Athkar, and thereby getting the complete reward of following the Sunnah of the Prophet (blessings and peace of Allah be upon him): 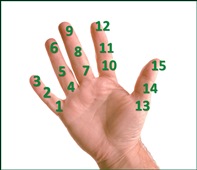 Following is a collection of Authentic Athkar and Du’aa’s designs divided into categories. The Arabic Transliteration of these Athkar and Du’aa’s are also provided for those who strive themselves to pronounce them as is in Arabic and thereby get a greater reward insha’ Allaah.
The Facebook Page Albums links for these designs are also provided below. 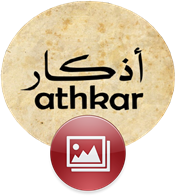 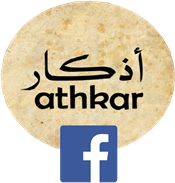 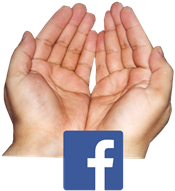