“And say [O Muhammad], “My Lord, increase me in knowledge.””

The following are some recommended books for each seeker of Islamic knowledge, they are diversified between online readable / downloadable ebooks and others are available for buy & ship (hard books).

Most of the books are recommended as per a fatwa of his eminence sheikh Muhammad bin Saalih AL-‘Uthaymeen (may Allah have mercy on him) in (Kitaab al-‘ilm, p. 92).


These books are only in English Language, to get these books in other languges you can search and read/download them online, or you can get them from the nearest islamic book store, these books are divided into categories:

A) Aqeedah (Basic tenets of Faith)

1) Explanation of the Three Fundamental Principles of Islam 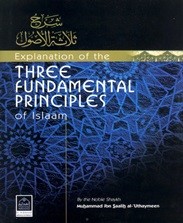 This book is a clear explanation of that which we should all know about our religion. In fact it is a detailed answer to the three questions that we will all be asked in our graves, as such this book will prove to be beneficial for everyone. The author has firmly based his book upon the Qur’an and Sunnah. 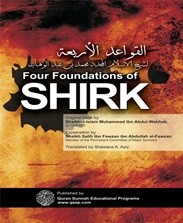 In this book the author explains the dangerous concept of shirk through four simple principles. The sin of shirk or associating partners with Allah is the most reprehensible act that a person can do. It is for this reason that this sin is the one sin that Allah has promised He will never forgive.

3) Kashf Al-Shubuhaat (Removal of the Doubts) 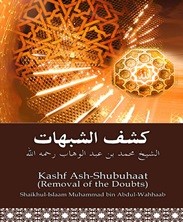 This work, which is one of Muhammad ibn Abd al-Wahhab’s most important works, deals with explaining and refuting the evidences that were used by certain Muslim groups of his time to justify acts of shirk (the act of associating partners with Allah). It is entitled Kash al-Shubuhat, which literally translates as: ‘the clearing of doubts.’ Ibn Abd al-Wahhab intended in this work to expose the falsity and spaciousness of these arguments by proving that the pagans whom the Prophet (pbuh) fought utilized the exact same arguments and fell prey to the same reasoning as these modern practitioners of shirk did. 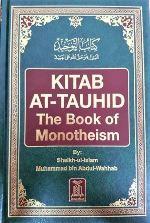 Kitab At-Tauhid is one of the best books on the subject of Tawheed (Tauheed, Tawhid – Monotheism) and ranks high in authenticity. In this book all the relevant verses of the Qur’an have been discussed reasonably, rationally, and sincerely. The essence of the Qur’an and Sunnah is placed in a very simple manner in this book.

1) An Explanation of Riyadh Al-Saliheen

Riyad as Saliheen, literally translated as “Gardens of the Righteous” is an excellent compilation of hadith, predominantly from Sahih al Bukhari and Sahih Muslim, by Imam Yahya bin Sharaf an Nawawi. Apart from compiling the hadith under various chapters, he also brought verses of the Quran related to the hadith.
Riyad as Saliheen is a book that deserves to be read everyday and practiced upon what is learnt; it deserves the name, Gardens of the Righteous. The book has been held in high regard by scholars and has been explained in detail. Commentary on Riyad as Saliheen is available in the English language by various scholars. The best of those is the explanation by Shaikh Muhammad bin Salih al Uthaimeen. 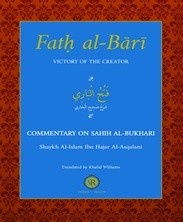 Fath Al-Bari ‘Victory of the Creator’ is a multi-volume commentary on the Sunni hadith collection Sahih al-Bukhari, composed by Ibn Hajar al-‘Asqalani. Considered his magnum opus, it is the most celebrated hadith commentary. It is reported that it took Ibn Hajar 25 years to finish his work. 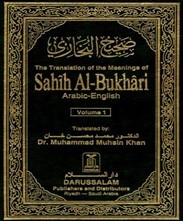 Sahih Al-Bukhari generally regarded as the single most authentic collection of Ahadith, Sahih Al-Bukhari covers almost all aspects of life in providing proper guidance from the messenger of Allah. This 9-Volume Bukhari is the work of over 16 years by Imam Bukhari who before writing any Hadith in this book performed two Rak’at prayer of guidance from Allah and when he was sure of the Hadith’s authenticity, he wrote it in the book. 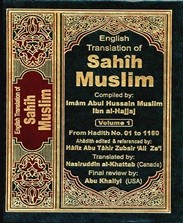 Sahih Muslim is the most authentic book of Hadith after Sahih Al-Bukhari and contains 7,563 Ahadith. The Muslim Scholars have agreed that all of the Ahadith in Sahih Muslim are authentic. Thus, Darussalam realized the great benefit of publishing the full version of Sahih Muslim in the English language in the best presentation. Much care has been taken in rendering these Ahadith into a clear and simple style of modern English.

1) Etiquettes of Walking to the Prayer

Salat is a great act of worship. In it, a Muslim faces Allah, the Exalted, with his mind and body. It is therefore necessary (for him) to precede it by preparing himself and making his mind and body ready, in order for him to be devoted and to observe the prayer in a perfect manner. For this reason, this book explains many of these etiquettes.

2) A Commentary On Zad Al-Mustaqni 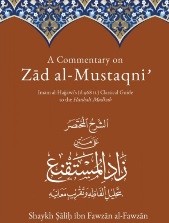 Zad al-Mustaqnī’ fī Ikhtisār al-Muqni’ is the text that came to be considered as the main source for the study of the Hanbalī madhab (school of jurisprudence) and quintessential for the students in the land of the Hanābilah (i.e. the Arabian Peninsula); particularly in the region of Najd. The people busied themselves reading, memorising and writing commentaries upon this book. This was carried out in study circles in the masājid where the scholars imparted knowledge to others and also in formal learning institutions. This book was studied in-depth so much so that some scholars provided explanations just upon the phrases within it so as to make it easy for the new learner.

The Text Of Al-Rahbiyyah (Part 1) 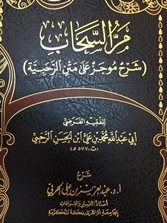 The Rahbiyyah is specialty book on the science of inheritance according to the Madhab of Imam ash-Shafi’i. It has been read and studied by students since the 5th century Hijri. It has been extensively explained and annotated by several scholars of the past. This specific copy contains a commentary of the Shaykh and the Imam Muhammad bin Muhammad bin Ahmed al-Mardini or al-Maradani ash-Shafi. It has also been annotated by the Imam Muhammad bin Shaykh Umar al-Baqari. The editing or the Takhrij is by Shaykh Mustafa Dib al-Bugha. Book was originally written as a poetic style so student may memorise. 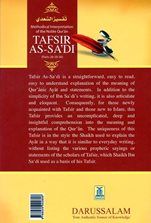 Tafsir As-Sa’di / Saadi is a straight forward, easy to read, easy to understand explanation of the meaning of Qur’anic Ayat and statements. In addition to the simplicity of Ibn Saadi’s writing, it is also articulate and eloquent.
Consequently, for those newly acquainted with Tafseer and those new to Islam, this Tafsir provides an uncomplicated, deep and insightful comprehension into the meaning and explanation of the Qur’an. 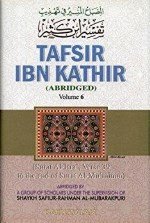 The Qur’an is the revelation of Allah’s Own Words for the guidance of His creatures. Since the Qur’an is the primary source of Islamic teachings, the correct understanding for the Qur’an is necessary for every Muslim. The Tafsir of Ibn Kathir is the most renowned and accepted explanation of the Qur’an in the entire world. In it one finds the best presentation of Ahadith, history, and scholarly commentary. 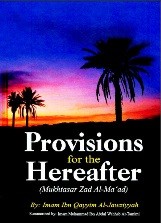 2) Stories of the Prophets 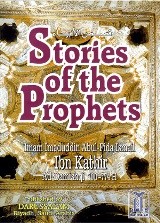 In this book, the stories of the prophets have been compiled from ‘Al-Bidayah wan-Nihayah’ (The Beginning and the End) which is a great work of the famous Muslim exegete and historian Ibn Kathir and has a prominent place in the Islamic literature. The stories of the prophets and all the events in their lives have been supported by the Qur’anic Verses and the Sunnah (traditions) of the Prophet (S).

3) The Journey of The Strangers Book 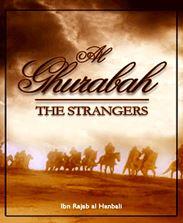 In this treatise, Ibn Rajab deals with the topic of the Strangers (Al-Ghurabaa). He begins by listing the many ahaadith reported about them, in which the Messenger of Allah describes their attributes and explains their position. They are given this name because they will be strange during the Last Days, due to their adherence to the Sunnah and to the Way of the First Muslims, the Salaf As-Saalih (Righteous Predecessors).