“And We revealed to you the meassage that you may clear to the people what was sent down to them and that they might give through.”

About Sunnah and Prophetic Hadith

It is essential that it be established in the mind and heart of every Muslim that the Sunnah – which is the words, deeds and approval that are attributed to the Prophet (peace and blessings of Allaah be upon him) – is one of the two parts of divine Revelation that were revealed to the Messenger of Allaah (peace and blessings of Allaah be upon him). The other part of the Revelation (Wahy) is the Holy Qur’aan.
Allaah says (interpretation of the meaning): “Nor does he speak of (his own) desire. It is only a Revelation revealed.” [53:3-4]

It was narrated that the Messenger of Allaah (peace and blessings of Allaah be upon him) said:
“Verily I have been given the Qur’aan and something similar to it along with it. But soon there will be a time when a man will be reclining on his couch with a full stomach, and he will say, ‘You should adhere to this Qur’aan: what you find that it says is permissible, take it as permissible, and what you find it says is forbidden, take it as forbidden.’ But indeed, whatever the Messenger of Allaah forbids is like what Allaah forbids.”[Al-Albani : Hasan]

This is what was understood by the righteous salaf (may Allaah be pleased with them). Hassaan ibn ‘Atiyah said in al-Kifaayah by al-Khateeb (12):
Jibreel used to bring the sunnah down to the Prophet (peace and blessings of Allaah be upon him) as he used to bring the Qur’aan down to him.

The Importance of the Sunnah

The importance of the Sunnah is first of all that it explains the Book of Allaah and is a commentary on it, then it adds some rulings to those in the Book of Allaah.
Allaah says (interpretation of the meaning):
“And We have also sent down unto you [O Muhammad (SAW)] the Dhikr [reminder and the advice (i.e. the Qur’aan)], that you may explain clearly to men what is sent down to them, and that they may give thought.” [16:44]
Ibn ‘Abd al-Barr said in Jaami’ Bayaan al-‘Ilm wa Fadlihi (2/190):
The commentary of the Prophet (peace and blessings of Allaah be upon him) on the Qur’aan is of two types:

1 – Explaining things that are mentioned in general terms in the Holy Qur’aan, such as the five daily prayers, their times, prostration, bowing and all other rulings.

2 – Adding rulings to the rulings of the Qur’aan, such as the prohibition on being married to a woman and to her paternal or maternal aunt at the same time.

The Difference between Sunnah and the Qur’an

Once it is established that the Sunnah is part of the divine revelation, it is essential to note that there is only one difference between it and the Qur’aan, which is that the Qur’aan is the word of Allaah, may He be exalted, which was revealed verbatim to the Prophet (peace and blessings of Allaah be upon him), whereas the Sunnah may not be the words of Allaah, rather it is only His Revelation, so it need not necessarily come to us verbatim, but the meaning of it comes to us.

Once we understand this difference, we see that the point in transmission of the Sunnah is to convey the meanings, not the exact same words that were uttered by the Prophet (peace and blessings of Allaah be upon him). Islam tells us that Allaah only preserves the words of the Qur’aan in full, and He preserves the general meanings of the Sunnah, and that which explains the Book of Allaah, not the exact words and phrases.

The Protection of the Sunnah

As the Sunnah is the second of the two parts of Revelation, it is inevitable that Allaah will protect it, so as to preserve the religion from distortion and additions or subtractions.

Ibn Hazm (may Allaah have mercy on him) said in al-Ihkaam (1/95):
Allaah says (interpretation of the meaning): “Verily, We, it is We Who have sent down the Dhikr and surely, We will guard it (from corruption).” [15:9]
And He says: “Say (O Muhammad (SAW)): “I warn you only by the Revelation (from Allaah and not by the opinion of the religious scholars and others). But the deaf (who follow the religious scholars and others blindly) will not hear the call, (even) when they are warned [i.e. one should follow only the Qur’aan and the Sunnah (legal ways, orders, acts of worship, and the statements of Prophet Muhammad (SAW) , as the Companions of the Prophet (SAW) did)].” [21:45]
Allaah tells us that the words of His Prophet (peace and blessings of Allaah be upon him) are all Wahy (revelation), and Wahy is undoubtedly Dhikr, and Dhikr is preserved according to the text of the Qur’aan. Thus it is correct to say that his words (peace and blessings of Allaah be upon him) are all preserved by Allaah, may He be glorified and exalted, and He has promised that none of them will be lost to us, because that which Allaah preserves can certainly not be lost at all; it has all been transmitted to us and Allaah has established proof and left us with no excuse.

By the grace of Allah, the Sahabah/Companions (may Allah be pleased with them) preserved the ahaadeeth (prophetic teachings) of the Messenger (peace and blessings of Allah be upon them), then the Righteous Salaf (Pious Predecessors) who came after them compiled them in books which are known as the Sihah (Saheehs/authentic collections), Sunan and Musnads. The most sound of them are Saheeh al-Bukhari, Saheeh Muslim, the four Sunans, the Musnad of al-Imam Ahmad and the Muwatta of al-Imam Malik, etc.

Following are important related Fatwas:
1) The science of hadith is based on reason and shar‘i guidelines.
2) Are all the ahaadeeth in Saheeh al-Bukhaari & Saheeh Muslim saheeh (sound)?
3) Categories of Hadeeth, the Conditions of a Saheeh Hadeeth.

With regard to the existence of multiple reports of a single hadeeth, it does not mean that there is any shortcoming in the preservation and transmission of the Sunnah. Rather the reports vary for numerous reasons, these reasons are:

The existence of different versions does not represent a fault in the hadeeth if the meaning is the same, because it is proven that when the Prophet (peace and blessings of Allaah be upon him) uttered a hadeeth he would repeat it three times, so each person would narrate it according to what he heard. This difference in the reports does not mean that the hadeeth is weak, if the meaning is the same.

This is the most common reason for there being multiple versions of a single hadeeth. What matters in transmission of a hadeeth is that the meaning be conveyed. As for the wording, it is not the matter of worship as is the case with the Qur’aan.

3 – Narrator’s shortening of the hadeeth.

I.e., the narrator memorized the hadeeth in its entirety, but he quoted only part of it in one place, and narrated it in full elsewhere.

One of the narrators may have made a mistake, so he narrated the hadeeth in a way that it was not narrated by others. It is possible to spot the mistake by comparing the reports with one another. This is what was done by the scholars in the books of Sunnah and takhreej.

The Sharh of Hadith is related to what is called “the science of Dirayah (knowing) of Hadith”.
Sharh of Ahadeeth (Hadiths) requires firm knowledge in Arabic language and in the the Qur’an and in the narrated texts of the Sunnah and texts which were narrated from the Companions (may Allah be pleased with them).
So it must be carried out by only pretty qualified people, who combine knowledge with fear of Allah. And it must be definitely blocked to those who want to claim to have knowledge but are ignorant.

A normal muslim or a beginner student of knowledge should keen to return to the knowledgable Scholars in order to get the proper understanding of any Hadith, and to avoid any consequent misconceptions by understanding and discovering its opaque meanings, and in order to learn more about its consequent developed Rulings, and to learn about the reconciliation between it and other Shar’i texts.

Such interpretations can be aslo found in the great benificial Sharh (interpretation) of Hadith books, such as Fath Albari (Sharh of Shahih Al-Bukari) by Hafiz Ibn Hajar (RA), Sharh of Riyad Al-Salihin by sheikh Ibn Uthaymeen (RA), and Sharh Imam Al-Nawawi of Sahih Muslim, and others.

This electronic bookshelf presents the recommended books of the science of Hadith and the key authentic Hadith Collections.
The books are in only English Language, for those who seek getting these collections in other Languages, they can try to search for them online, or try getting them from the nearest islamic book store.

This site provides an onlline, authentic, searchable, and multilingual (English/Arabic at the individual hadith level) database of collections of hadith from our beloved Prophet Muhammad, peace and blessings be upon him.
The Hadith collections currently available can be seen on its homepage.

They are still working on importing hadith from other major collections as well.

The site supports full search of both the English text of the hadith as well as the Arabic Language through a powerful search engine based on Lucene. 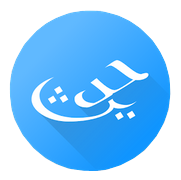 Hadith Collection (All in one) is an ultimate collection of Hadith of the Prophet Muhammad (peace be upon Him). The app contains 41000+ hadith from most accepted and authentic Hadith books, it is database searchable with a powerful search engine.

The app contains the Hadith of the day feature, bookmark option, share option, and the application is Ad-free.