It should be noted first that the Qur’an is a miracle in its wording and its meaning; if it is changed, this is no longer the case, and it is no longer Qur’an but an interpretation (tafseer). So there is nothing called translation of the Holy Qur’an rather it is only an “Interpretation of meaning”.

The online Qur’an from Quran.com is an elegant online Mushaf, it shows the Holy Qur’an’s (114) Surahs with the translation of them in different languages, it includes brief information about each Surah in the Qur’an.


The Noble Qur’an on Qur’an.com

This online Qur’an is database searchable, which allows you to search for any word or Ayah you want in the Holy Qur’an (with different available languages).

The audio playback for a Qur’an reader is also available for each word/Ayah, which will be very useful for assisting in pronouncing the Qur’an words properly in Arabic.

May Allah bless whoever who has worked on this useful application and reward them well for this great effort.

– Note: Change the Translation/Reciter by simply clicking on (Settings) on the top of the Site Page (after choosing the Surah that you want to read from).

From the makers of Quran.com comes Qur’an for Android & iOS, a beautiful, and ad-free mushaf app, it contains the translation of the Holy Qur’an to several languages.
It makes it easier to read the Qur’an, memorize it and listen to your favorite reciters by using it.

In addition the application is database searchable, so it allows you to search for any Ayah or any word you want in the whole Qur’an and in any availble language you want.

The App is being updated regularly insha’Allah, and you can leave your feedback and feature requests by using the google play/App store. You can also reach them at [email protected]
May Allah bless whoever who has worked on this useful application and reward them well for this great effort, we all need this application on our mobile phones to use it when we want to recite the Qur’an and couldn’t get a real hard one. 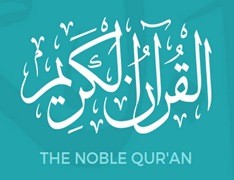